Someone Poisoned the Doughnut Hole 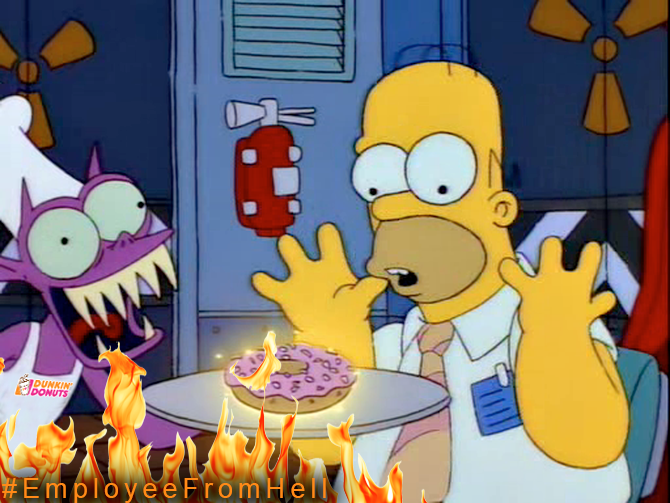 There is nothing that can turn around the Monday Blues like a good doughnut and some coffee. But, for one Dunkin Donuts franchise, things went a little south when one Oakton, Virginia employee decided to take the company’s recipe into his own hands. According to sources, the employee in question made a batch of doughnuts that were laced with a dangerous cocktail of “bleach-like substances” and distributed them to several teenagers. Now, when we hear a story like this, we have no choice but to shake our heads and wonder, “What the heck was going through that employee’s head?”

Apparently, the incident in question occurred when a group of loitering teenagers pestered the store’s employees by constantly asking for free doughnuts and nearly breaking store equipment. The teenagers were told to come back at closing time at which point the employee in question gave several of them doughnuts that contained an unidentified mixture of chemicals. While some took only a single bite of the poisoned pastries, there were others who ate the entire thing. Thankfully, the paramedics were immediately contacted and no one was hurt as a result of the incident.

Police later responded to the scene and confiscated the remaining doughnuts in order to conduct an in-depth investigation. And while the manager of the Oakton location originally defended the character of the employee, Dunkin Donuts has since released a statement apologizing and reporting the termination of the clerk’s employment. But even with the release of this statement, people have still been up in arms as D&D struggles to juggle this new PR nightmare.

The public may still be demanding answers, but business owners are asking the question, “How do we avoid hiring employees like this?” The answer is actually a simple one: background screening checks! With the services offered at Blueline, your company can oversee a comprehensive pre-employment screening process that will make sure you are only hiring the best possible employees. Take full advantage of our background screening checks and don’t get stuck with a #employeefromhell!

← Social Media Background Checks Wells Fargo Scam: How To Protect Yourself From Fraud →