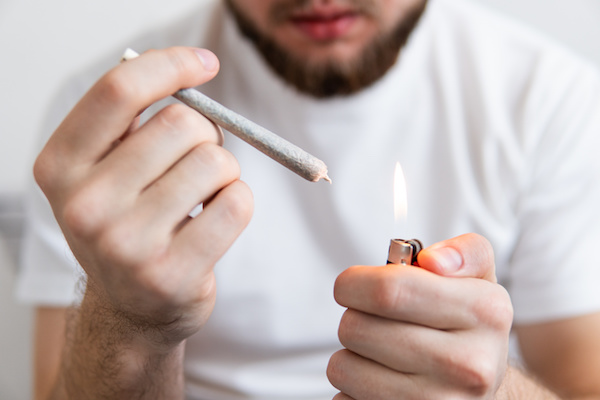 A recently published article for The Atlantic, America’s Invisible Pot Addicts, takes a look at a side of legalized marijuana use that many Americans may not be aware of.

They follow the story of “Evan” a self-proclaimed cannabis addict who has been struggling to get sober. While legalization may not be the cause of his weed dependence, it certainly hasn’t helped his struggle. He recalls advertisements with lines such as, “Shop. It’s legal” and “Hello marijuana, goodbye hangover” being “in [his] face” during his hard-fought seven weeks of sobriety.

It was “seven weeks of sleepless nights, intermittent nausea, irritability, trouble focusing, and psychological turmoil” he said, with quitting not being so much of a ‘can’ as a ‘must’.

Evan isn’t alone with his struggle. Similar struggles or addictions are becoming more and more commonplace with the share of cannabis users who consume the drug daily or near-daily having jumped 50 percent in the last few years.

This jump coupled with “increasingly permissive cannabis legislation, attitudes, and lower risk perception” as the National Institute of Health put it, has public-health experts worried. People across the country have gone “from treating cannabis as if it were as dangerous as heroin to treating it as if it were as benign as kombucha”.

The article interviewed Keith Humphreys, a professor of psychiatry and behavioral sciences at Stanford University, who said that the most compelling evidence that marijuana can be damaging comes from the users themselves.

“In large national surveys, about one in 10 people who smoke it say they have a lot of problems. They say things like, ‘I have trouble quitting. I think a lot about quitting and I can’t do it. I smoked more than I intended to. I neglect responsibilities.”

“There are plenty of people who have problems with it, in terms of things like concentration, short-term memory, and motivation. People will say, ‘Oh, that’s just you fuddy-duddy doctors.’ Actually no. It’s millions of people who use the drug who say that it causes problems,” Keith Humphreys responded for the article.

On the flip side, Jolene Forman, an attorney at the Drug Policy Alliance, said that “the vast majority of people who use cannabis are not going to be problematic users.” She argued that the legalization of cannabis would help. Legalizing weed has opened up the doors to having a strictly regulated market for the drug.

Lots of different proposals and sides were discussed within the article on what exactly should be done concerning marijuana with its newfound legalization happening quickly across the country. But the article ended by addressing the issue it set out to cover in the first place, “perhaps the most important [issue] might be reintroducing some reasonable skepticism about cannabis, especially until scientists have a better sense of the health effects of high-potency products, used frequently.”

For example, take a look at e-cigarettes and the quick shift that has taken place over the last couple of weeks on the safety of using these devices. Over the past couple of years, vaping has gained huge popularity especially among teens with 37% of high school seniors reporting that they’ve used the e-cigarettes. However a recent bout of deaths across the country, coupled with individuals reporting serious lung problems, have health officials now questioning exactly how safe the devices are. Harvard Health Publishing posted an article earlier this week questioning the safety of the devices and stating, “It took many years to recognize the damage cigarettes can cause. We could be on a similar path with vaping.”

Is marijuana in that same category? Not enough research or time has really passed to know yet. But as The Atlantic put it, “Until then, listening to and believing the hundreds of thousands of users who argue marijuana is not always benign might be a good start.”