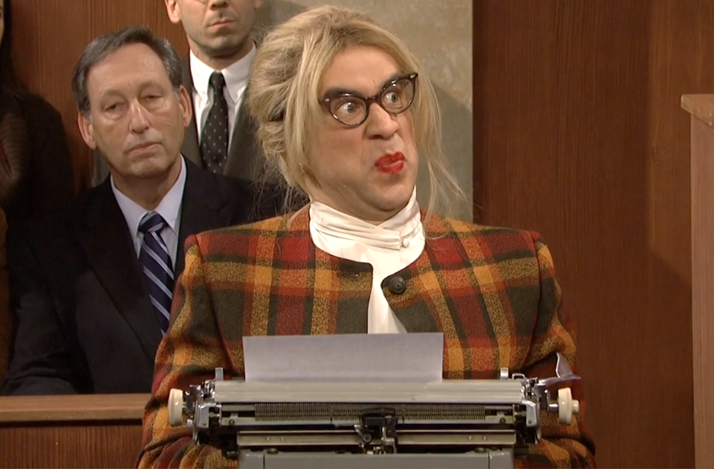 Plenty of people say that they hate their job, but few put that sentiment into writing, let alone on the official record.  One Manhattan court reporter did just that, typing “I hate my job, I hate my job” as well as random characters over and over again rather than court dialogue. He is even worse at his job than Elinda Nade.

The stenographer, Daniel Kochanski, was reportedly fired but not before allegedly compromising the integrity of more than 30 court transcripts. An anonymous source reported that the botched transcripts could lead to overturned criminal convictions. No fewer than 10 of the stenographer’s cases are reportedly being appealed, including that of one man convicted of hiring a hit man to murder a witness against him in a different trial.

One of the Few Ways to get Fired from Taco Bell →