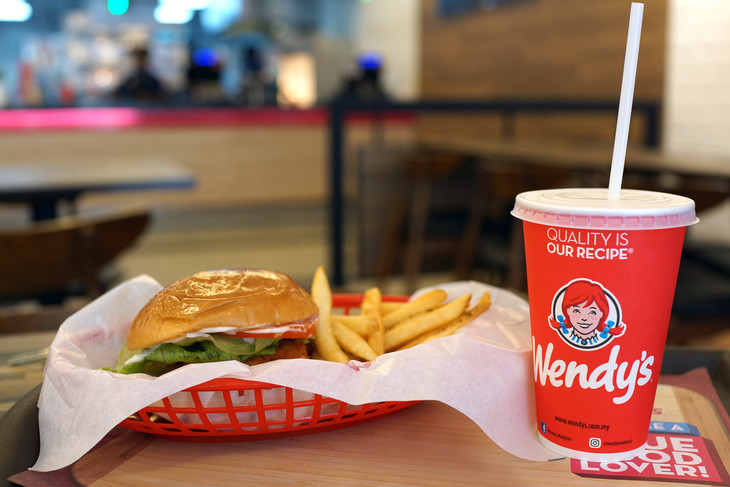 It’s been a minute since we’ve shared an #EmployeeFromHell story.

Although it seems that this employee probably didn’t mean any harm and was just goofing off… it certainly has caused some backlash for Wendy’s and cost this young man his job. Mixed reviews have been popping up all over social media about the viral video of a Milton Florida Wendy’s employee bathing in their restaurant sink. A few of the responses have even gotten a bit frosty.

The 90-second video was originally posted to Snapchat last month, then later reposted to Facebook with the comment, “I don’t suggest anyone eating at the Milton Wendy’s again.” The video currently has over 1 million views.

In the video, you can see a young man hopping into the large kitchen sink that is filled with soap and water. His fellow co-workers stand around laughing and filming the scene.

Mike Johnson, who owns this Wendy’s franchise, gave a statement to Pensacola News Journal, “We are taking this incident seriously and it is obviously totally unacceptable. This was a prank by a person who no longer works at this restaurant, and who clearly did not use good judgement. We are taking this opportunity to reinforce our very strict quality procedures with our restaurant team.”

This prank follows a similar video that was posted in 2008 on MySpace of a Burger King employee in Ohio doing the exact same stunt.

Both inspectors from the Department of Business and Professional Regulation visited this Wendy’s location after the incident. The Wendy’s restaurant was able to pass the inspection.

Social media users have been born between being outraged and defending the young man in the video.

“At least he had a pair of shorts on and it is a kitchen skin. I washed my babies in my kitchen skin. I don’t eat out of the sink. So what is the problem,” one Facebook user commented in defense of the incident.

Another more frosty comment stated, “This makes you wonder what else is going on at that restaurant, someone needs to get fired, the sink needs to be sanitized!”