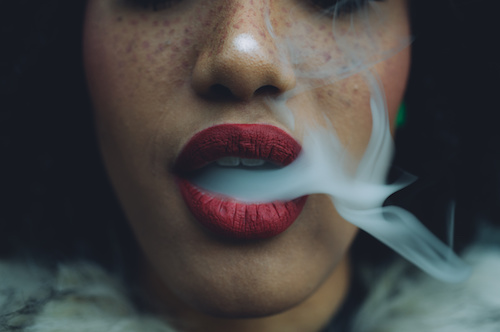 With marijuana’s recent legalization across many areas in the country, there has been an increase in misinformation being spread about the drug. While there are many reasons behind the legalization of weed, several common arguments in favor of marijuana are unsubstantiated. The Drug & Alcohol Testing Industry Association (DATIA) recently shared some common marijuana myths and the studies or research that debunks them.

All of the information they shared has been sourced from and recognized by the medical and/or scientific communities and should merit some serious consideration. We’ve shared their research and information below for your benefit.

-Marijuana use is associated with increased risks of: mental illness (Burns, 2013), heart disease (Montecucco, 2012), cancer (Marks, 2013), lung disease (Mehra, 2006) and stroke (Wolff, 2013); compared to tobacco, marijuana smoke contains three to five times more carcinogens (Tomar PhD & al., 2009).
-The structural brain change caused by marijuana use by adolescents and young adults – including only casual use – is permanent. IQ points are lost – and cannot be recovered with age (Meier M., 2012).
-Exposure to so-called “edibles” has led to a significant increase in the poisoning of young children. (Wang, 2014).
-The side effects from marijuana have led to far more emergency room visits than all other substances combined (SAMHSA, 2013).

-The American Medical Association, American Psychiatric Association, American Society of Addiction Medicine, National Multiple Sclerosis Society, American Glaucoma Society, American Academy of Ophthalmology, American Cancer Society, National Eye Institute, National Institute for Neurological Disorders and Stroke and, the Federal Food and Drug Administration – these are only some of the prominent national health organizations that have rejected crude marijuana for medicinal use.
-State regulatory oversight of marijuana for medical use in Colorado has been highly touted as a model of success. Regardless, while the state’s website shows registrant demographics at 3% for cancer, and 1% for AIDS, those who “complain of pain” equal a whopping 94% (CDPHE, 2014). And these registrants are not the sick and elderly; rather, the average cardholder is a 41-year-old male – in the workforce. In California, the average user of marijuana for medicinal use is a 32-year-old male with a history of alcohol and substance abuse – and no history of life-threatening illnesses (O’Connell, 2007).

“The marijuana ‘high’ only lasts for a few hours.”

-Repeated studies have shown that after marijuana use, impairment lasts a minimum of 24 hours. One particular study included flight simulators – to test airline pilots at various intervals after they smoked “a joint.” While impairment was proven 24 hours after usage, none of the pilots reported any awareness of their own impairment (Yesavage, Leirer, Denari, & Hoillister, 1985). And this study was conducted prior to the significant THC increases seen in today’s marijuana products – where users often report ill effects for days afterward.

“Presence-in-system testing is unreliable because it does not measure impairment.”

–The amount of THC – the psychoactive component in marijuana – is going to vary across the wide variety of marijuana products now available as well as in the rate that it is metabolized by different individuals. While these variants currently make it difficult to produce a standardized method by which individual impairment can be determined with certainty, they should not be construed into some kind of base rate fallacy. The reality is that drug testing is meant to serve as one component of an employer’s comprehensive drug-free workplace policy – that includes education about the consequences of failing a drug test.
-While drug screening and confirmatory cut-off levels have been established that are meant to protect a safe and drug-free workplace from substances of abuse, studies clearly show that maintaining as little as 2-5 ng/mL of marijuana in one’s system may cause substantial impairment issues (Hartman & Huestis, Cannabis Effects on Driving Skills, 2012).
-Presence-in-system testing is the gold standard upheld in repeated court decisions – protecting an employer’s right to provide a safe and drug-free workplace program.

“Marijuana is not addictive.”

-It’s been generally recognized that marijuana is psychologically addictive. Today’s strains of THC are stronger – and now produce physiological dependence and withdrawal that requires substance abuse treatment (Copeland, 2009). According to the National Institute on Drug Abuse, marijuana accounted for 4.5 of the 7.1 million Americans dependent on or abusing illicit drugs in 2010 (SAMHSA, 2010).
-Statistically, one in six adolescent users will become dependent on marijuana – and one in 10 adult marijuana users will become dependent to the point of requiring treatment (Giedd, 2004).
-When chronic marijuana users attempt abrupt discontinuation, the signs of withdrawal syndrome – restlessness, irritability, mild agitation, hyperactivity, insomnia, nausea, cramping, decreased appetite, sweating and increased dreaming – are common (NHTSA, 2014).

-One would be hard-pressed to find anyone who would hail alcohol regulation as a public health success. For every $1 of tax revenue received in the U.S. from alcohol sales, $10 more are spent on the social costs – amounting to an annual deficit of $185 billion/year (NIDA, 2000). Further, the physical properties, effects on the body, absorption rates, etc. are not in any way the same between marijuana and alcohol – and no standardized techniques for testing exist for marijuana. Claims that marijuana can be regulated like alcohol – based on assumptions of similarity – are extremely misguided.

“Marijuana is not a gateway drug.”

-A 25-year longitudinal study found the frequency of marijuana use to be significant with other illicit drugs of abuse and dependence – particularly with adolescent onset use (Fergusson, Horwood, & Boden, 2006).
-Two separate studies of twins compared whether or not early cannabis use showed subsequent abuse or dependence of other illicit drugs. The findings showed two to five times greater risk than that of a twin who did not use marijuana (Lynskey PhD & al., 2003) (Agrawal, Neale, Prescott, & Kendler, 2004).

“Marijuana is safer than cigarettes or alcohol.”

-With the extremely-high THC now found in new productions of edibles, waxes, and hash oil vaporizers, it may well take another generation before how truly harmful the effects of marijuana use can be determined. The permanent damage to brain function and long-term mental health detriments are not only indisputable but incomparable to cigarettes and alcohol across the board. Marijuana creates its own brand of problems. Blanket statements declaring marijuana as “safer” are ignoring the risks identified by scientific data. Addiction, psychosis, and cognitive function loss are never “safer” (Gitlow PhD, 2014).
-Repeated studies have shown that after marijuana use, impairment lasts a minimum of 24 hours. One particular study included flight simulators – to test airline pilots at various intervals after they smoked “a joint.” While impairment was proven 24 hours after usage, none of the pilots reported any awareness of their own impairment (Yesavage, Leirer, Denari, & Hoillister, 1985). And this study was conducted prior to the significant THC increases seen in today’s marijuana products – where users often report ill effects for days afterward.

“There are no long-term effects from marijuana use.”

-A study of 1000 candidates followed from birth to age 38 showed lasting cognitive decline among marijuana users – that did not change with adult abstinence (Meier M., 2012).
-Marijuana use causes a 17% increased risk for depression onset among all users; risk increases to 62% for heavy (or weekly) users (Lev-Ran, 2014).
-Military personnel who use cannabis 10 or more times by 18 years of age are two to three times more likely to be later diagnosed with schizophrenia than those who have not (Zammit, 2002).
-A 40% increased risk of psychotic symptoms/disorders occurs in those who use marijuana as compared to those who do not (Moore, 2007). This finding has been confirmed by over a dozen studies.

“It is safer to drive with marijuana in your system.”

-Studies consistently show that, on average, marijuana-impaired driving results in a two-fold increase in the risk of a crash (MuChen, 2012).
-Impaired cognitive function means lowered attention to surroundings and tasks, reduced speed of information processing, and slower response times –which can lead to weaving and other risky consequences (Hartman & Huestis, 2013). In Colorado, the number of drivers in fatal crashes who tested positive for marijuana nearly doubled from 2009 – 2011 (Couch, 2014).